FanX, the spring installment of Salt Lake Comic Con¹, is this Thursday, Friday, and Saturday. I’ll be in Artist’s Alley with my friend Jim Zub at tables  Berry 5 and Berry 6. Jim and I also have three panels together! My schedule is posted here on the official FanX site, and I’ll break it out for you below.

If there’s Schlock Mercenary merchandise you’d like to acquire at the show, email schlockmercenary@gmail.com and Sandra will make sure we’ve got it on hand. we’re packing a little light this year, because there’s just not much room at these tables, but that doesn’t mean we can’t bring the stuff you want².

We don’t have posted table times yet, but Jim and I will definitely be there a lot, along with Stacy and Sandra. If we’re not there (like, if we need to put food into our selves) we’ll make sure to have a sign up letting you know when we’ll be back.

Artist’s Alley is literally° the first thing you hit if you come through the General Admission door on the south (the left side of the map). If you follow the crowd due north along the avenue between the tables and the booths, Berry 5 & 6 will be the fifth and sixth things you see on your left. 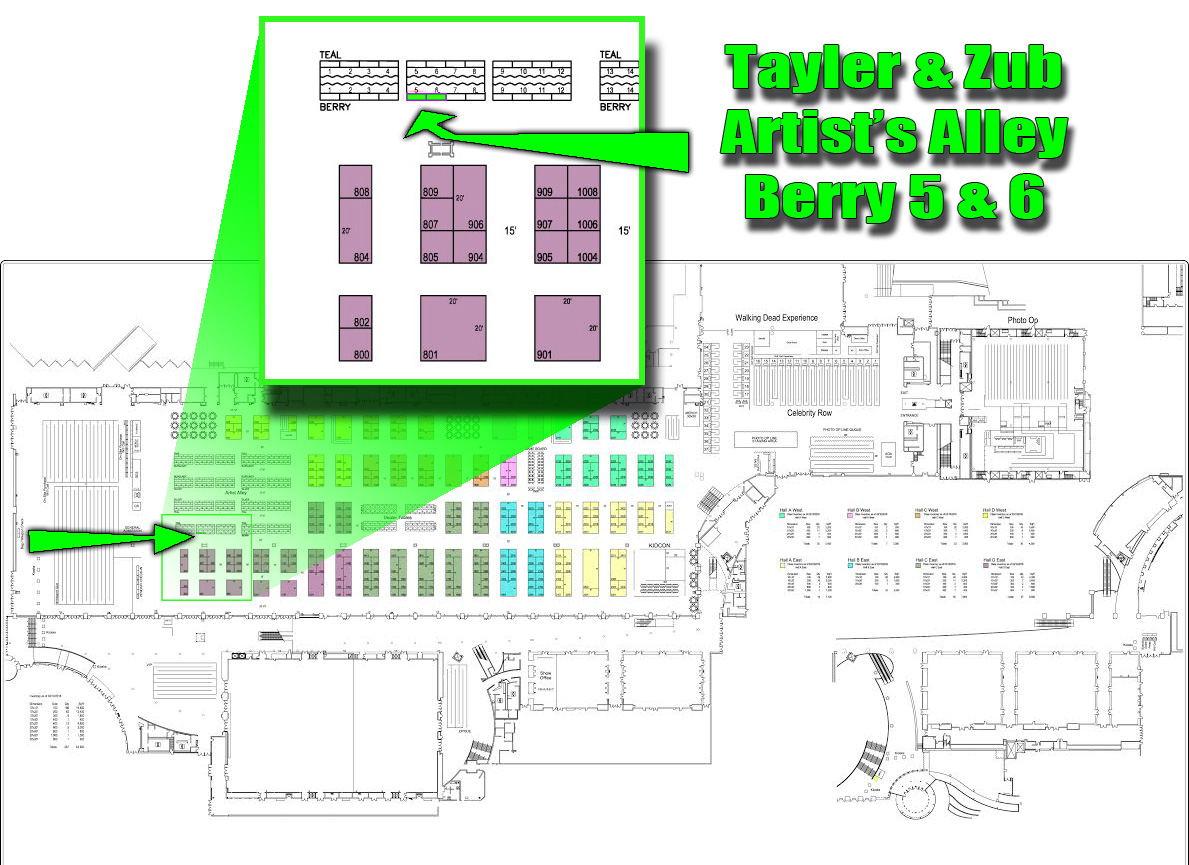 We should be pretty easy to find.

¹ Full name: “Salt Lake Comic Con Fan Experience,” which is too long and kind of confusing. FanX will get you there.

² Assuming that what you want is something we still have in stock at the warehouse, of course.

³ Actually, it’s been twenty-three years. As far as I know, the first comic to be posted online for http access via web browsers was Doctor Fun, which appeared in 1993. But even if something beat Doctor Fun by a few weeks or months, 1993 was when the Web was born, so that’s our start date.

⁴ Somebody else found it for me.