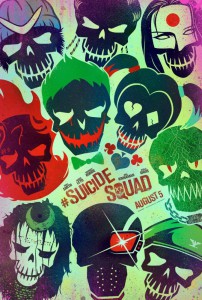 I kind of really liked Suicide Squad. I’ve seen many of the negative reviews, and I can see what people are complaining about, but their reasons for disliking the film weren’t reasons for me to complain. For me, the film’s weaknesses were kind of ordinary, like a grass allergy, rather than epic, like Zod’s allergy to kryptonite¹.

It’s a dark film, which seems pretty appropriate given the tragic (and trigger-level disturbing) origin stories of characters like Harley Quinn and Diablo. While the audience is left with little room to question whether or not the mission is a righteous one, we’re given plenty of space to wind up as we cast aspersions at the folks making the decisions. 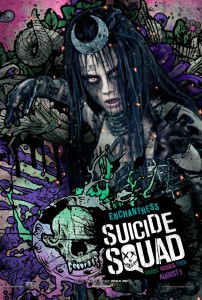 And I’m fine with that. The real world is full of damaged people, the walking wounded outnumbering the blissfully unscathed by a large margin. In Suicide Squad we are given archetypes who show us our damaged selves, and who reach past at least some of their pain to do what little good remains within their reach. And in case that’s a little too deep an analysis, the film is also pretty cool to watch.

My biggest complaint is that the trailers for Suicide Squad pitched me a cross between Leverage and Guardians of the Galaxy. The film falls short of that by quite a bit. I liked the film, but it’s not really the one they advertised.

There’s a nice teaser halfway through the credits. And when I say “nice,” it has some of the most memorable dialog of the entire film.

¹I tweeted most of that paragraph before putting it in the blog.