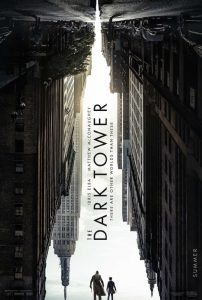 I don’t have much emotional attachment to the novels, so the film’s departures from the text didn’t bug me. I did have a burning desire to get out of my hotel room to see a movie, so that may have artificially inflated the film’s joy factor a bit.

The weakest aspect of the film surrounded the parts that were the coolest to watch: when the Gunslinger is doing supernaturally awesome things with his .45 revolvers it’s just eye candy. There’s no emotional connection between him and the viewer. The stakes are high, but it’s difficult to really care. Had I cared more, the film would have been more enjoyable. Probably not Threshold of Awesome enjoyable, but still better.