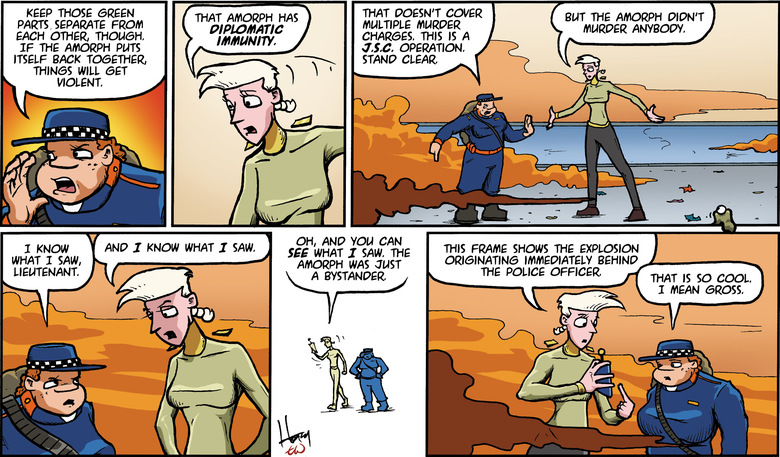 shuttle pilot: *over loudspeaker* Officer Libretti!  Put us where you need us!

MAKO: Start your trauma teams at the center.  If it's still bleeding, save it.

If it's green and creeping, it's part of our perp.  Bag it.

MAKO: Keep those green parts separate from each other, though.  If the amorph puts itself back together, things will get violent.

SORLIE: That amorph has diplomatic immunity.

SORLIE: But the amorph didn't murder anybody.

MAKO: I know what I saw, Lieutenant.

SORLIE: And I know what I saw.

SORLIE: Oh, and you can see what I saw.  The amorph was just a bystander.

SORLIE: This frame shows the explosion originating immediately behind the police officer.

MAKO: That is so cool.  I mean gross.