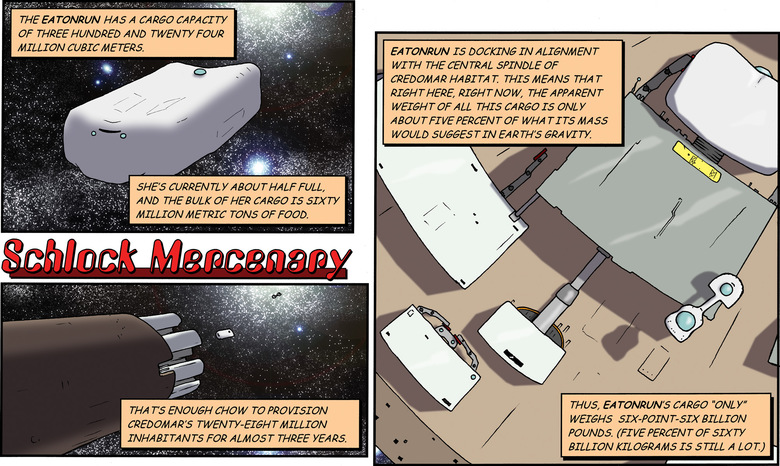 Narrator: The Eatonrun has a cargo capacity of three hundred and twenty four million cubic meters.
Narrator: She's currently about half full, and the bulk of her cargo is sixty million metric tons of food.
Narrator: That's enough chow to provision Credomar's twenty-eight million inhabitants for almost three years.
Narrator: Eatonrun is docking in alignment with the central spindle of Credomar Habitat. This means that right here, right now, the apparent weight of all this cargo is only about five percent of what its mass would suggest in Earth's gravity.
Narrator: Thus, Eatonrun's cargo "only weighs six-point-six billion pounds. (Five percent of sixty billion kilograms is still a lot.)
Elisabeth: See? This stuff is light as a feather.
Corporal Chisulo: There's a lot of it. I bet it gets heavier.