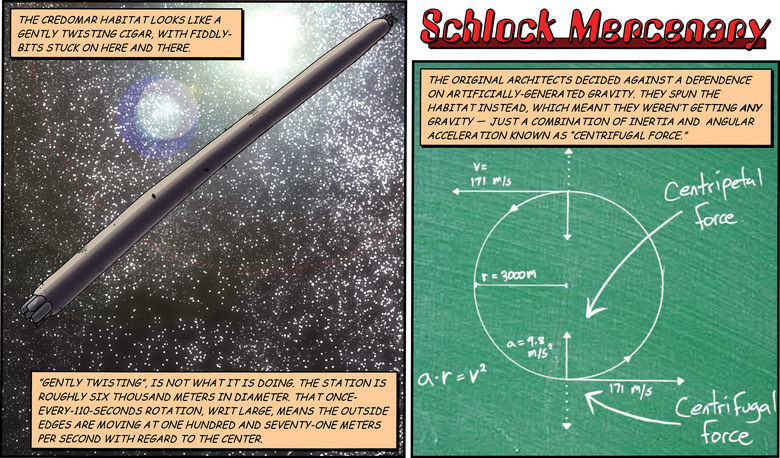 Narrator: The Credomar Habitat looks like a gently twisting cigar, with fiddly-bits stuck on here and there.
Narrator: "Gently twisting", is not what it is doing. The station is roughly six thousand meters in diameter. That once-every-110-seconds rotation, writ large, means the outside edges are moving at one hundred and seventy one meters per second with regard to the center.
Narrator: The original architects decided against a dependence on artificially-generated gravity. They spun the habitat instead, which meant they weren't getting any gravity - just a combination of inertia and angular acceleration known as "centrifugal force."
Narrator: The difference between gravity and centrifugal force is the subject of many a discussion among Credomites who love to argue that the the thing holding them all to the ground is actually an illusion.
Narrator: It is an argument that has, to date, always failed to enable "disbelief" as a method for levitation.