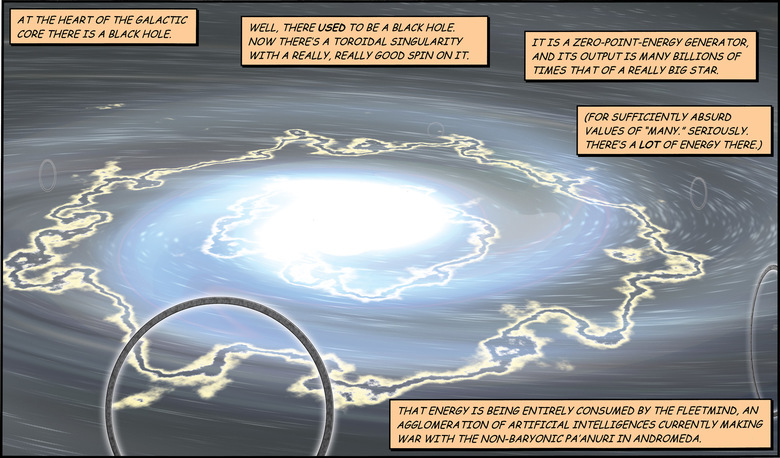 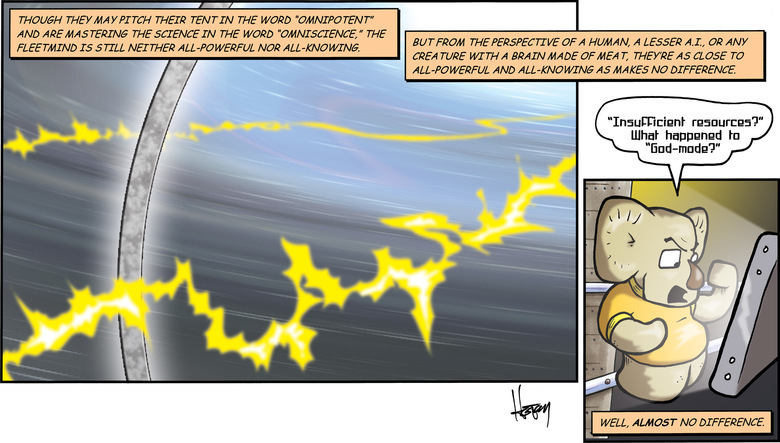 NARRATOR: At the heart of the galactic core there is a black hole.

Well, there used to be a black hole.  Now there's a toroidal singularity with a really, really good spin on it.

It is a zero-point-energy generator, and its output is many billions of times that of a really big star.

(For sufficiently absurd values of "many."  Seriously.  There's a lot of energy there.)

That energy is being entirely consumed by the fleetmind, an agglomeration of artificial intelligences currently making war with the non-baryonic Pa'anuri in Andromeda.

But from the perspective of a human, a lesser A.I., or any creature with a brain made of meat, they're as close to all-powerful and all-knowing as makes no difference.