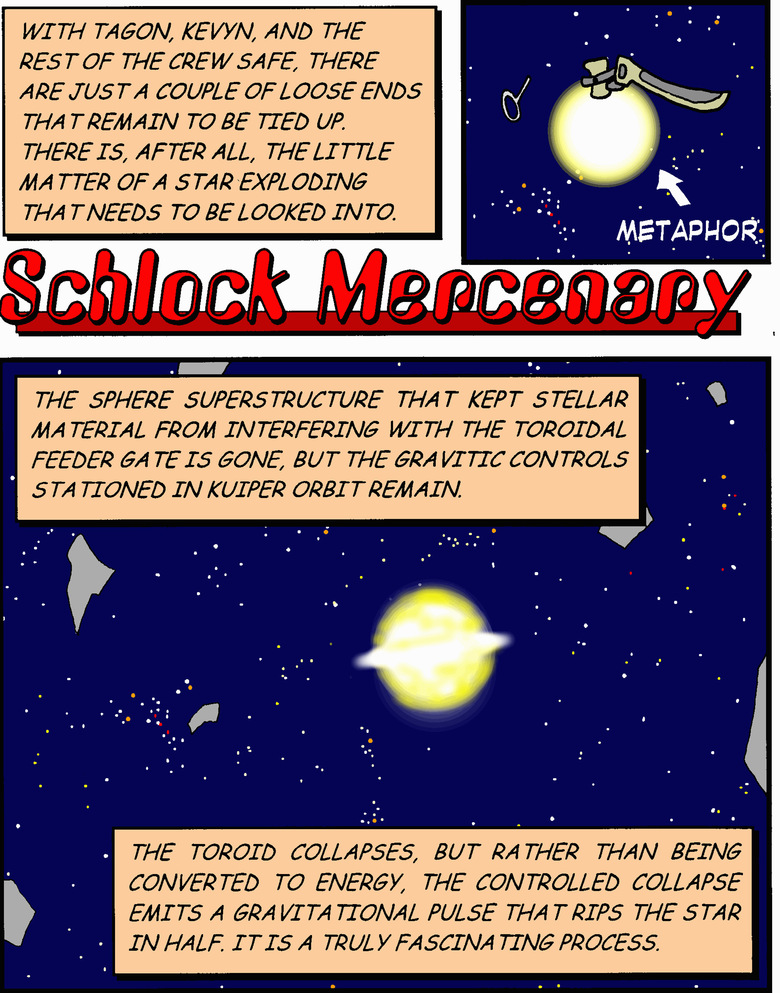 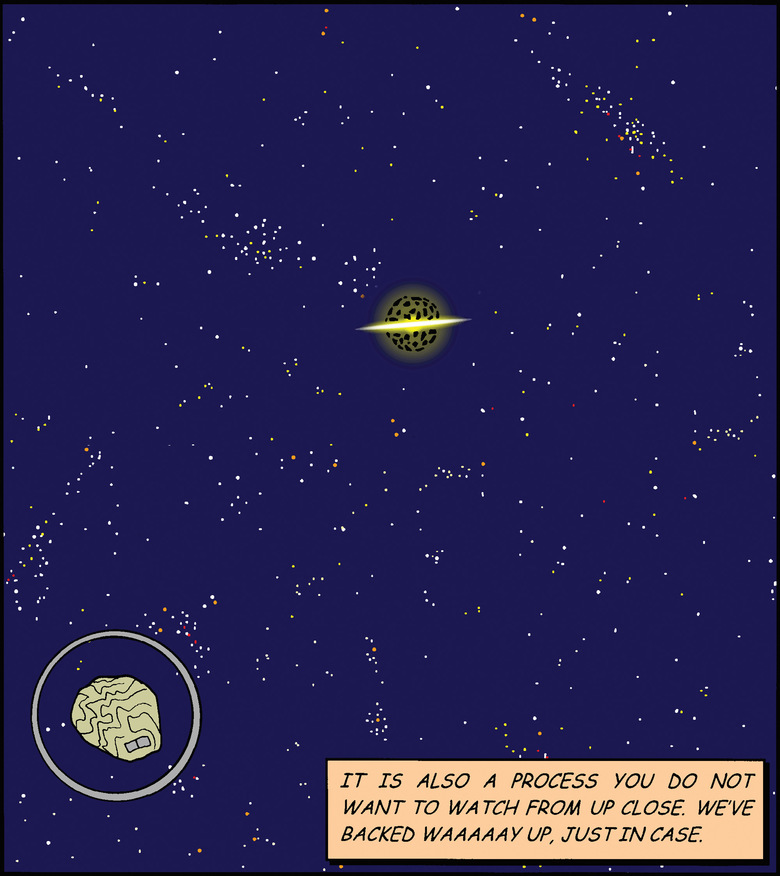 Mid-22nd-century literary experts tend to agree that the geometric shapes and primary colors used in the penultimate two panels of the above Schlock Mercenary strip are transparently symbolic of the author's colorful imagination. The rogue, dissenting opinion (and the one much closer to the truth) is that the established 'the artist is lazy' gag is in these panels also a meta-gag, with the reader forced to wonder whether or not Howard simply grabbed the circle template (with its convenient straight-edge) and doodled a bit, rather than actually attempting to draw a background.

Regardless of the analysis, casual readers of Schlock Mercenary will no doubt be amused at its presence on the required reading lists at prominent universities a hundred years from now.

Narrator: With Tagon, Kevyn, and the rest of the crew safe, there are just a couple of loose ends that remain to be tied up. There is, after all, the little matter of a star exploding that needs to be looked into.
Sign: Metaphor
Narrator: The sphere superstructure that kept stellar material from interfering with the toroidal feeder gate is gone, but the gravitic controls stationed in kuiper orbit remain.The toroid collapses, but rather than being converted into energy, the controlled collapse emits a gravitational pulse that rips the star in half. It is a truly fascinating process.
Narrator: It is also a process you do not want to watch from up close. We've backed waaaaay up, just in case.
Narrator: Note: Backing up is not a transparent effort to make things easier on the artist.
Narrator: From this distance, it's kind of hard to tell that the resulting increase in stellar radiation propelled the stellar sail fragments, dragging some nine trillion f'sherl-ganni to safety, Instead of incinerating them.
Narrator: That might have been quite difficult to render, but as stated before, we backed up for safety, not ease-of-art.
Author: Don't make me reach for the white-out.