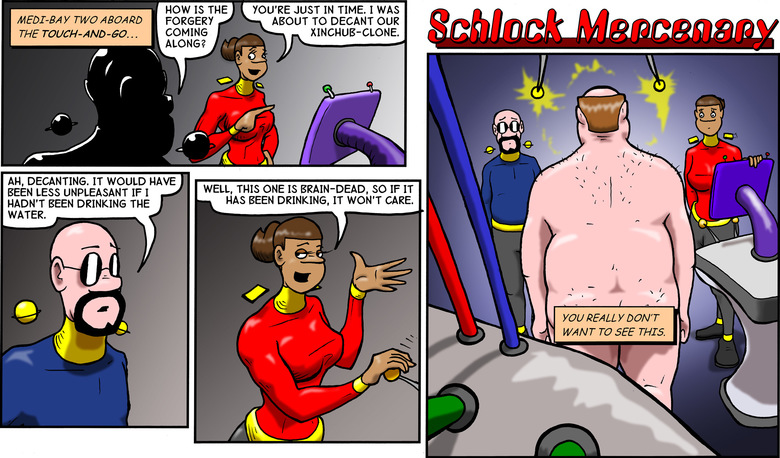 Narrator: Medi-Bay Two aboard the Touch-And-Go. . .
Kevyn: How is the forgery coming along?
Doctor Bunnigus: You're just in time. I was about to decant our Xinchub-clone.
Kevyn: Ah, decanting. It would have been less unpleasant if I hadn't been drinking the water.
Doctor Bunnigus: Well, this one is brain-dead, so if it had been drinking, it won't care.
Narrator: You really don't want to see this.
Kevyn: So. . . Umm. . .
Doctor Bunnigus: Yeah.
Doctor Bunnigus: Based on genetic information and scans of the corpse, this is what Xinchub looks like naked. Right down to that tattoo.
Kevyn: If I get drunk right now I might be able to shut down my long-term memory before the next write transaction.
Doctor Bunnigus: If you want some "the minute after" pills, they're in the cabinet by the door.