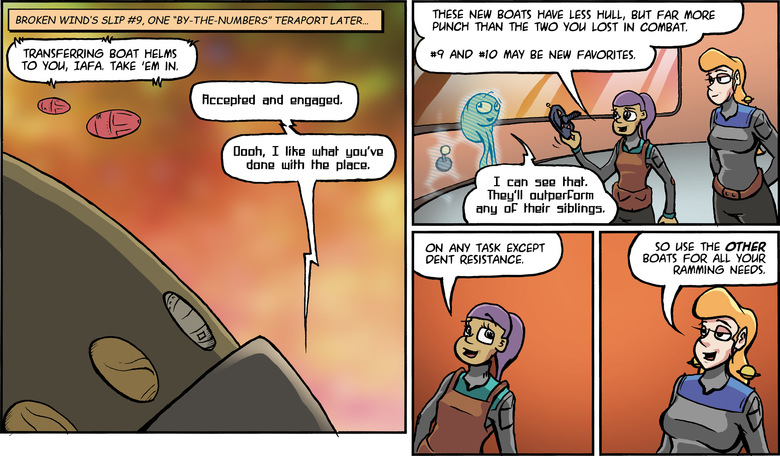 Oooh, I like what you've done with the place.

VENTURA: These new boats have less hull, but far more punch than the two you lost in combat.

IAFA: I can see that. They'll outperform any of their siblings.

VENTURA: On any task except dent resistance.

ELF: So use the other boats for all your ramming needs.

IAFA: I don't have very many of those, but I'm running sims now...

Sacrificing the PTU hull for performance and payload is astronomically unlikely to result in an increase in the number of scenarios where I need to begin ramming things with my boats.

When do you want to ram things with your boats?

IAFA: As a feint, when I wish to appear both desperate and stupid.

It's a great way to convince enemies that I lack the ability to ram them with little things like missiles, and high-energy protons.