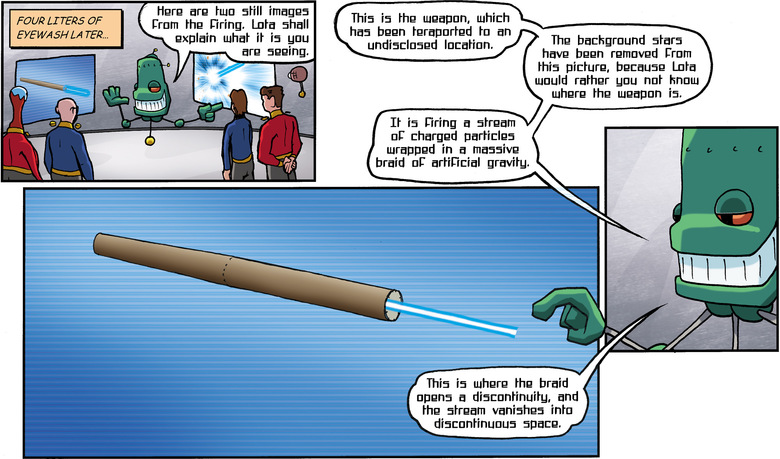 LOTA: Here are two still images from the firing.  Lota shall explain what it is you are seeing.

LOTA: This is the weapon, which has been teraported to an undisclosed location.

The background stars have been removed from this picture, because Lota would rather you not know where the weapon is.

It is firing a stream of charged particles wrapped in a massive braid of artificial gravity.

LOTA: This is where the braid opens a discontinuity, and the stream vanishes into discontinuous space.

LOTA: This is where the beam emerges from discontinuity, strikes the target, and obliterates it.

KEVYN: This is where I defecate in sympathetic reflex for every defense planner in the galaxy.