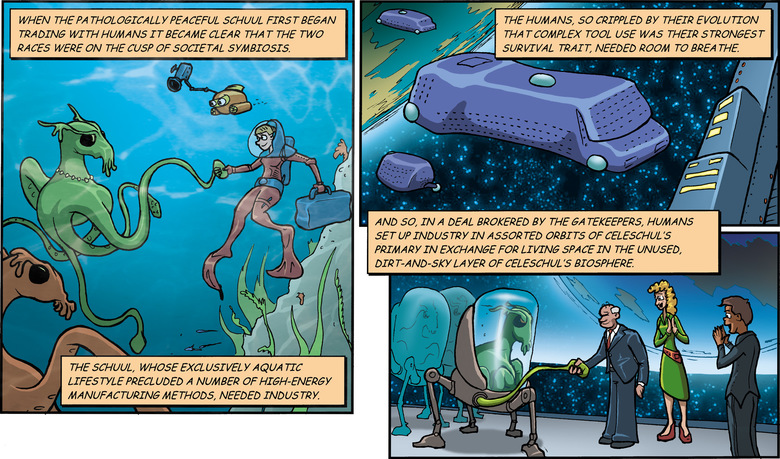 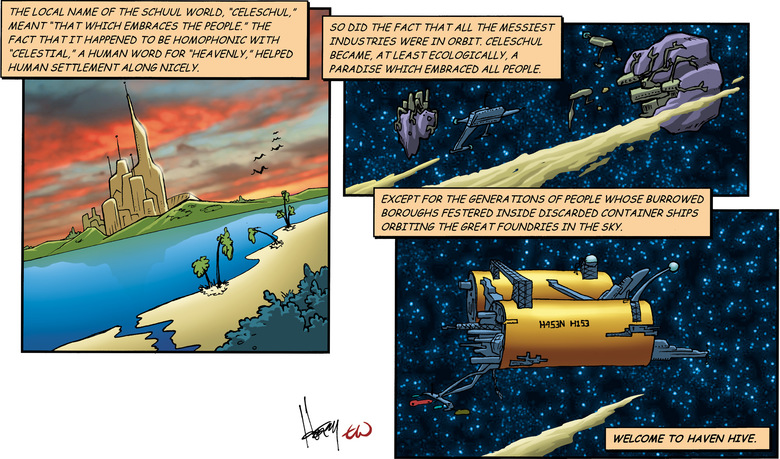 NARRATOR: When the pathologically peaceful Schuul first began trading with Humans it became clear that the two races were on the cusp of societal symbiosis.

NARRATOR: The Humans, so crippled by their evolution that complex tool use was their strongest survival trait, needed room to breathe.

And so, in a deal brokered by the Gatekeepers, Humans set up industry in assorted orbits of Celeschul's primary in exchange for living space in the unused, dirt-and-sky layer of Celeschul's biosphere.

NARRATOR: The local name of the Schuul world, "Celeschul," meant "That which embraces the people."  The fact that it happened to be homophonic with "Celestial," a Human word for "Heavenly," helped Human settlement along nicely.

NARRATOR: So did the fact that all the messiest industries were in orbit.  Celeschul became, at least ecologically, a paradise which embraced all people.

Except for the generations of people whose burrowed boroughs festered inside discarded container ships orbiting the great foundries in the sky.