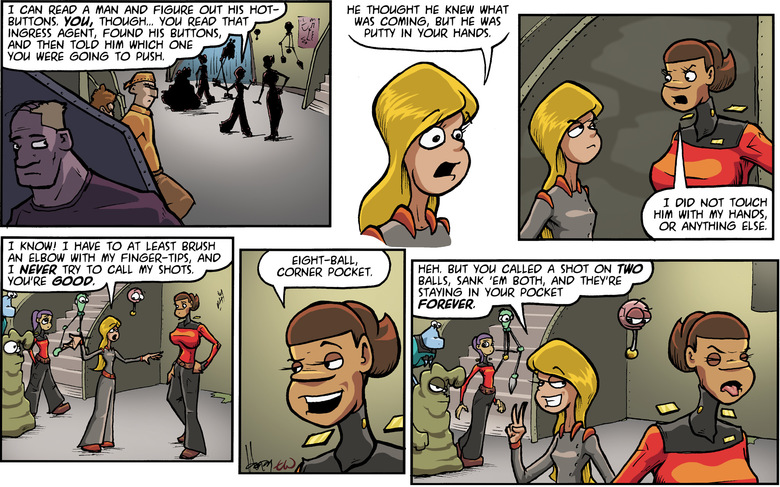 KATHRYN: Where did that come from?

BUNNI: I told you, I worked as an exotic dancer.

KATHRYN: A job for which you seem to have been overqualified.

KATHRYN: I'm not talking about the rack on your red-brick shed, Doc.

You broke that boy's brain with the look on your face.

KATHRYN: I can read a man and figure out his hot-buttons.  You, though... you read that ingress agent, found his buttons, and then told him which one you were going to push.

KATHRYN: He thought he knew what was coming, but he was putty in your hands.

BUNNI: I did not touch him with my hands, or anything else.

KATHRYN: I know!  I have to at least brush an elbow with my finger-tips, and I never try to call my shots.  You're good.

KATHRYN: Heh.  But you called a shot on two balls, sank 'em both, and they're staying in your pocket forever.