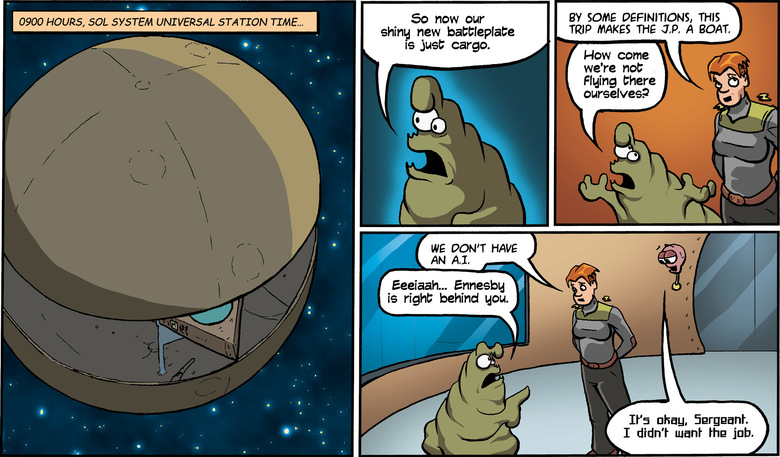 SCHLOCK: So now our shiny new battleplate is just cargo.

MURTAUGH: By some definitions, this trip makes the J.P. a boat.

SCHLOCK: How come we're not flying there ourselves?

MURTAUGH: We don't have an A.I.

ENNESBY: It's okay, Sergeant. I didn't want the job.

ENNESBY: I'd much rather not extend my awareness to battleplate size only to be surgically demoted later.

SCHLOCK: Why would you get demoted?

ENNESBY: When we arrive in Eina-Afa we'll be carving this thing up for parts.

Nobody said anything about carving.

Your hull decoration was for naught.

SCHLOCK: I'll only be disappointed if I don't get to do the carving.