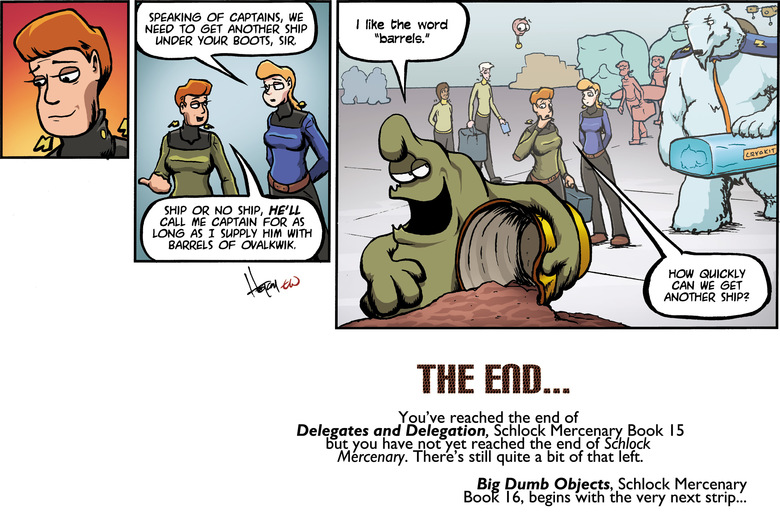 MURTAUGH: Commander Foxworthy, relax...  You did exactly what I would have done if I'd been up here in command.

I don't have the engineering skill to do what you did.  If I'd been up here, and you'd been down there, I'd be the one apologizing.

While running away from a devastated city and a civil war.

MURTAUGH: Your payment, Sergeant, for one completely uneaten Kowalski.

SCHLOCK: This tastes way better than Petey's newest inmate would have.  Not as crunchy, though.

MURTAUGH: I'll take your word for it.  Thank you for being patient while I arranged delivery of your... bonus.

SCHLOCK: I knew you'd come through.

ELF: Speaking of captains, we need to get another ship under your boots, sir.

MURTAUGH: Ship or no ship, he'll call me Captain for as long as I supply him with barrels of Ovalkwik.

MURTAUGH: How quickly can we get another ship?