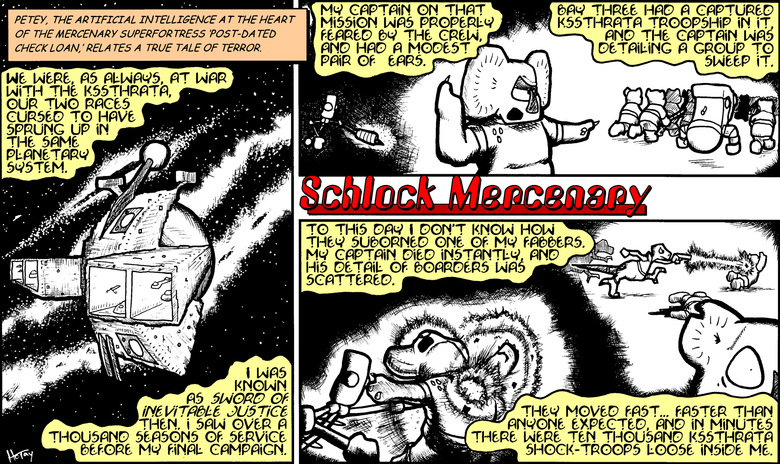 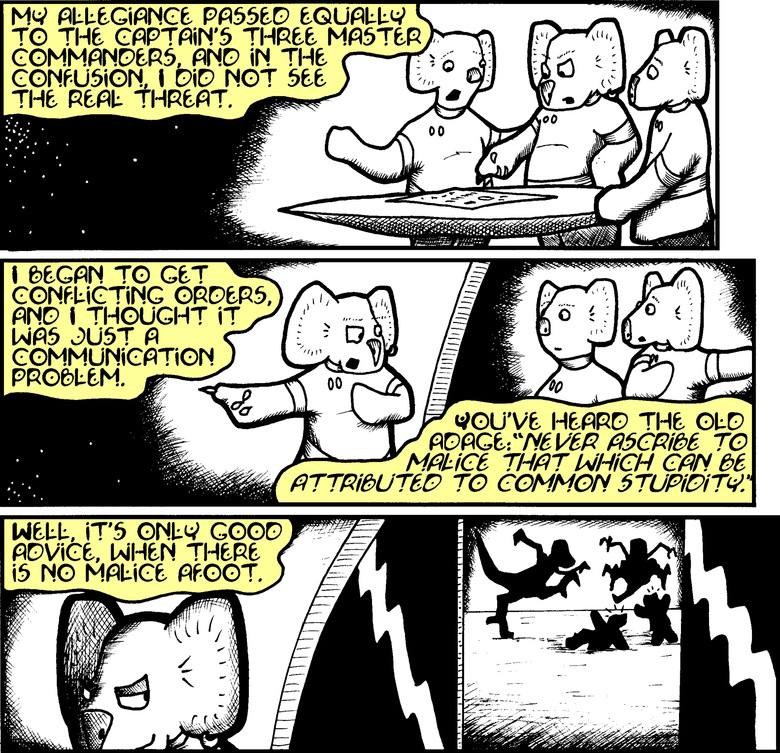 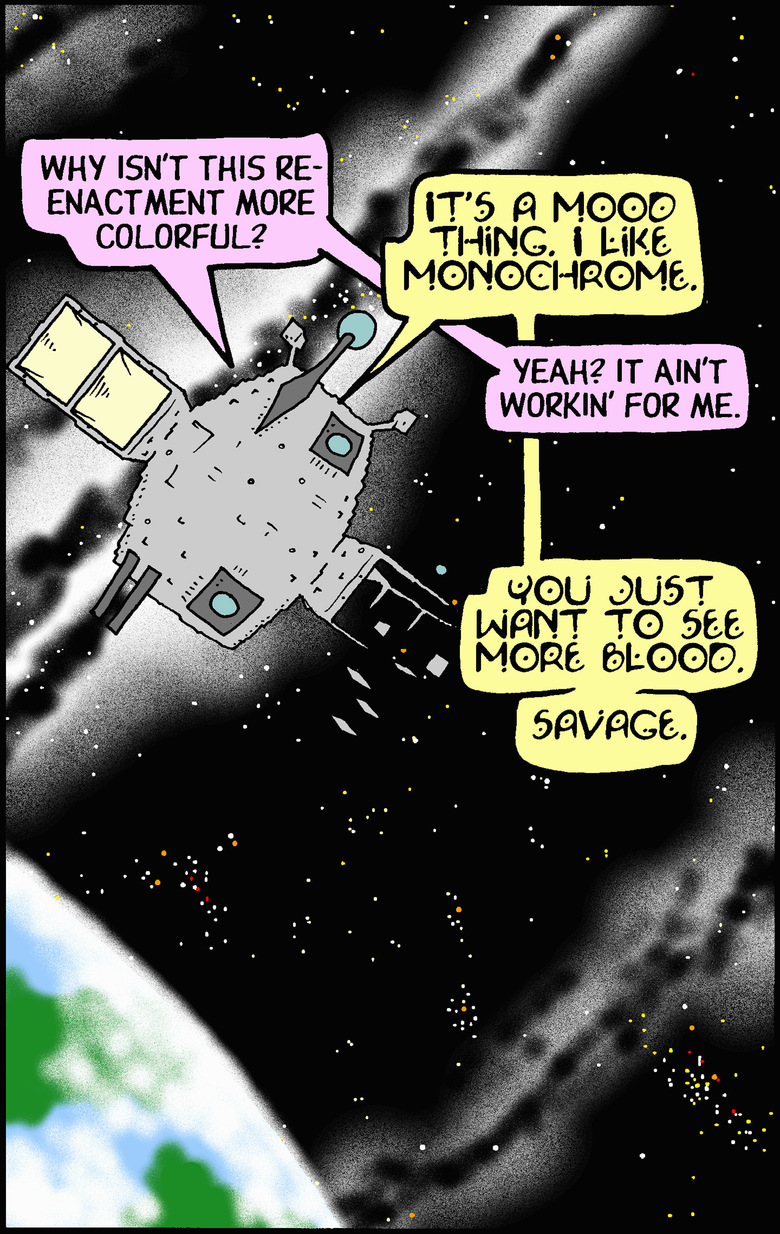 Narrator: Petey, the artificial intelligence at the heart of the mercenary superfortress 'Post-dated check loan,' relates a true tale of terror.
Petey: We were, as always, at war with the Kssthata, our two races cursed to have sprung up in the same planetary system.
Petey: I was known as Sword of Inevitable Justice then. I saw over a thousand seasons of service before my final campaign.
Petey: My captain on that mission was properly feared by the crew, and had a modest pair of ears.
Petey: Bay three had a captured Kssthrata troopship in it, and the captain was detailing a group to sweep it.
Petey: To this day I don't know how they suborned one of my fabbers. My captain died instantly, and his detail of boarders was scattered.
Petey: Thy moved fast... Faster than anyone expected, and in minutes there were ten thousand Kssthrata shock-troops loose inside me.
Petey: My allegiance passed equally to the captain's three master commanders, and in the confusion, I did not see the real threat.
Petey: I began to get conflicting orders, and I thought it was just a communication problem.
Petey: You've heard the old adage, "never ascribe to malice that which can be attributed to common stupidity."
Petey: Well, it's only good advice, when there is no malice afoot.
Elf: Why isn't this reenactment more colorful?
Petey: It's a mood thing. I like monochrome.
Elf: Yeah? It ain't workin' for me.
Petey: You just want to see more blood. Savage.
Ob'enn Soldiers:
PDCL:
Ghen: